The Meeting Place Cannot Be Changed is a 1979 Soviet five-part television miniseries directed by Stanislav Govorukhin. The series achieved the status of a cult film in the USSR, and along with Seventeen Moments of Spring became a part of popular culture with several generations of russophone TV viewers. The film is set in post-WWII Moscow. Lieutenant Vladimir Sharapov (Vladimir Konkin) is a young reconnaissance officer and a decorated war hero who has just returned from the war and is assigned to peacetime service with the famous MUR (Moscow Department of Criminal Investigations). There he becomes part of an elite detective team led by the brilliant, tough, no-nonsense Captain Gleb Zheglov (Vysotsky). The duo becomes embroiled in two seemingly separate investigations: that of the murder of young aspiring actress Larisa Gruzdeva, and the hunt for a vicious gang of armed robbers that calls itself "Black Cat" and constantly manages to evade capture. 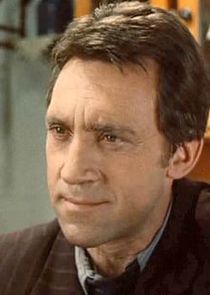 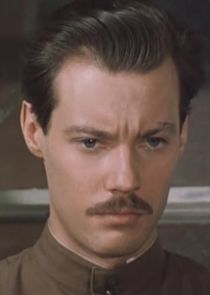