American Epic is a journey back in time to the "Big Bang" of modern popular music.

In the 1920s, as radio took over the pop music business, record companies were forced to leave their studios in major cities in search of new styles and markets. Ranging the mountains, prairies, rural villages, and urban ghettos of America, they discovered a wealth of unexpected talent. The recordings they made of all the ethnic groups of America democratized the nation and gave a voice to everyone. Country singers in the Appalachians, blues guitarists in the Mississippi Delta, gospel preachers across the south, Cajun fiddlers in Louisiana, tejano groups from the Texas Mexico border, Native American drummers in Arizona, and Hawaiian musicians were all recorded. For the first time, a woman picking cotton in Mississippi, a coal miner in Virginia, or a tobacco farmer in Tennessee could have their thoughts and feelings heard on records played in living rooms across the country. It was the first time America heard itself. Virtually no documentation of these extraordinary events survives and nearly ninety percent of the recording masters have been destroyed. A vital part of American cultural history has been lost.

Over a four-part series, a companion book, a soundtrack featuring 100 remastered songs, an educational outreach program, and a historical archive, American Epic rescues this history. The remarkable lives of America's seminal musicians are revealed through previously unseen film footage and photographs, and exclusive interviews with music pioneers, their families and eyewitnesses to the era.

Out of the Many, the One 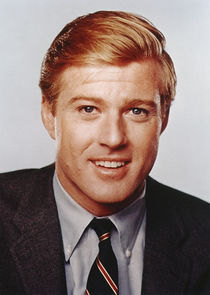