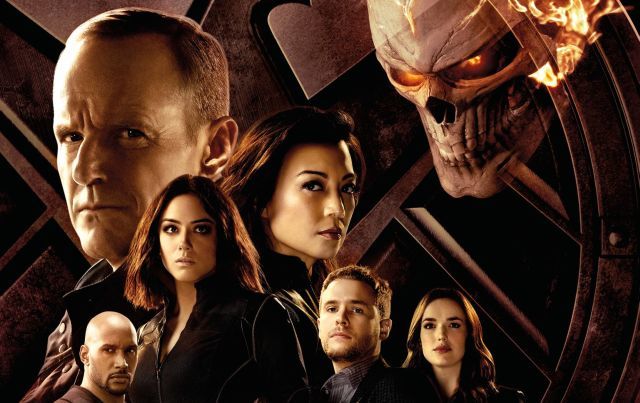 Not to be left out of the shocking news category, ABC dropped a couple of bombshells of its own over the past few days. The first was the announcement Last Man Standing was canceled. Contrary to conspiracy theories, the simple truth was the show was produced by FOX and aired on ABC; ABC was no longer willing to pay the license fee for programming not made in-house. This was why so many programs across all networks got the axe this year. The second bombshell was Quantico was renewed with a short episode order. The program was regularly at or near the bottom of the network's ratings chart, but it's made by ABC, so take from that what you like. ABC also managed the coup of taking American Idol away from FOX, the reality show will start on its new network next season.

The Middle good to see it has been renewed

Time after Time was a decent premise. Sad to see it go after such a short but well made season.

I realised putting this together, we don't watch ABC much in our house. SHIELD is sitting on the DVR waiting for this season to be watched and my husband watches Once Upon A Time on NetFlix, so I don't have much of an opinion at all on what they canceled in terms of enjoyment. Conviction and Notorious came and went so fast I honestly don't even remember them; the same is true for Secrets and Lies.

I truly enjoyed Secrets and Lies.

I truly liked Notorious and Conviction..
So I don't like those 2 being cancelled... But I did see it coming :-(

The Catch !? Well I did watch it.. and enjoyed it.. but always had a feeling of the main character being FAKE
I loved Mireille Enos in The Killing.. but in this show.. there was just something OFF about her...

I also predicted that the end of Scandal would be near... since Fitz is leaving office..
Him being president and having an affair with Olivia was the heart of the show...
Personally I always preferred her to be with Jake..but hey.. that is what keeps it interesting right ;-)
As much as I hate to see that one end.. I think it might be for the best !!

I'm not sure what the reasons were for why Last Man Standing aired on ABC. It was six years ago so I don't know if it was scheduling, or ABC just bought the series rights. It's not (or at least it wasn't) that uncommon in the past for networks to air programs produced by other network's parent companies.

EDIT: It may have had something to do with the relationship Tim Allen has with Disney.

Oh, and a question about Last Man Standing: if it was produced by Fox, how come it didn't air on that network? No room in the lineup?

Honestly, I'm rather surprised that Imaginary Mary lasted longer than an episode. Based on the previews before it premiered, I thought it looked rather stupid.

I do believe I sense the sarcasm. :-)

Imaginary Mary's cancelled? Who could've seen that one coming