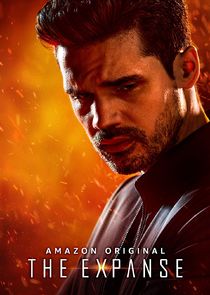 He is 2nd Officer of the ice hauler, the Canterbury (which supplies water for the Asteroid Belt's residents). This position offers him freedom and a minimum of responsibility. A Montana native, he is the only child born to eight parents as part of a genetic collective. At a time when Earth's population is over 30 billion, there are big incentives for people not to have children. Holden's family is fighting to preserve one of the last undeveloped wildernesses in Montana; a losing battle that Holden joined Earth's Navy to escape. In the UN Navy he served as a First Lieutenant until an ideological conflict turned into a physical confrontation, and Holden was made to face court martial. After being dishonorably discharged from the Navy, Holden took a contract with Pur'n'Kleen (owner of the Canterbury), looking to get as far from home as possible.