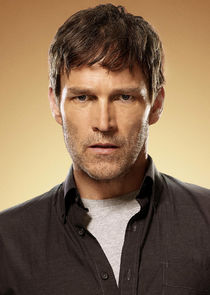 Reed is the husband of Caitlin Strucker, and the father of Andy and Lauren. He was a Federal prosecutor who until recently prosecuted mutants who violated the government anti-mutant laws. When his children manifested mutant abilities, he took them on the run and used his contacts to link up with the mutant underground and get his family out of the country. He was captured by Sentinel Services and cut a deal to betray the resistance, but had second thoughts and was recaptured. Reed regrets all of the mutant lives that he's destroyed, but has found that getting forgiveness from mutants is harder than he thought.

Otto, Reed's father, and his grandparents Andreas and Andrea are mutants, and the mutant genes are passed down genetically. Due to an injection Otto gave Reed as a child to negate the X-Gene, Reed became deathly ill but his mutant powers didn't manifest. Otto's treatments merely delayed Reed's manifestation. He gained his powers as an adult, and learned he has the ability to disintegrate any form of solid matter. While Reed uses Dr. Risman's serum to control his powers, the serum runs out and Reed decides to deal with his powers head-on. When Reed realizes that Reeva must be stopped, he goes to confront her. Her power causes his power to run out of control, causing Reed to explode in a burst of energy, destroying Reeva, the high-rise, and apparently himself.