George meets Susan's cousins. The wife is expecting a baby and they are having a hard time agreeing on the name. George reveals that he wants to name his kid Seven after Mickey Mantle. The cousins like the idea of naming their kid Seven, but nobody else does. Elaine buys an antique bicycle and hurts her neck in the process. Kramer fixes her neck and wants the bicycle in exchange for payment. Jerry's new girlfriend wears the same dress every single day. 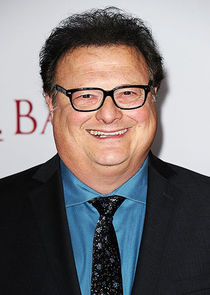