In an ambitious and groundbreaking approach to drama and history, historian Lucy Worsley time travels back to the Tudor Court to witness some of the most dramatic moments in the lives of Henry VIII's six wives. By focusing on the women central to this significant period of history and uncovering private moments that were reported by eyewitnesses or recorded in historical documents, this landmark series provides a fresh new perspective on a familiar story. Combining drama, written by Chloe Moss, with Lucy's own contemporary historical comment, Lucy will move seamlessly from the present to the past, appearing as a range of silent servants: a maid, a midwife, a nursemaid.

Often related to each other, the Tudor court was made up of a small group of powerful families all vying for influence and power over each other. While it was a world run by men and the King had ultimate power, each Queen found their own unique methods of exerting influence. It is these women's stories that Lucy wants to uncover, witness and explore, as well as offering a very new lens on Henry himself.

Lucy Worsley revisits key events in the lives of Henry VIII's six wives, revealing how each attempted to exert influence on the king and the Tudor court; this episode follows Henry's marriage annulment to Anne of Cleves due to non-consummation. Middl… 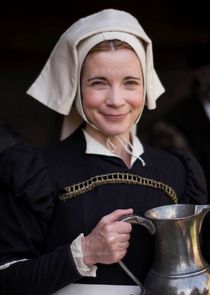