First airing on the ABC television network in 1967, the series revolves around the scientific-minded teenager Peter Parker who, after being bitten by a radioactive spider, develops amazing strength and spider-like powers. He decides to become a crime-fighting, costumed superhero; all the while dealing with his personal problems and the insecurities resulting from being a teenager.

A bolt of lightning breaks Spidey's web, causing him to fall into a boxcar at a rail yard. In the boxcar, Spidey meets a young runaway who plans to ride a freight train out of New York City and become "the Caped Protector of Podunk". 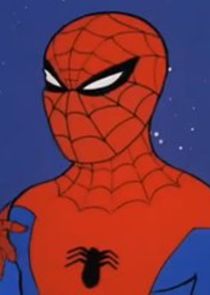