Normal Ben and Professor Paradox return to the point where the Ben 10 Multiverse began: when original Ben first wore the original Omnitrix at that summer camp grounds years ago. From there the two start to go through the parallel worlds to unite the good Omnitrix wearers (Ben 10,000, Ben 23, Gwen 10 and the mainstream 16-year-old Ben) to fight Eon, Vilgax, and the evil Bens: Albedo, Bad Ben, Benzarro, Mad Ben, and Nega Ben. After the team is put together, Paradox sends the other Tennysons who had their Omnitrixies to fight (creating the events of the previous episode) and keeps Normal Ben in the Event horizon. After Vilgax "destroys" the multiverse, Normal Ben returns to fight him moments after his rescue and turns into alien Clockwork to undo the multiverse wipeout. Clockwork sends the Evil Bens back to their respective universes, then returns to original Ben his Omnitrix, and the Good Bens and Gwen take turns beating on Vilgax. After their combined win, Normal Ben's Grandpa Max reveals his Plumber status to Normal Ben and they have a talk. Original Ben wonders about the various incarnations across time and space, and returns home to his own time. 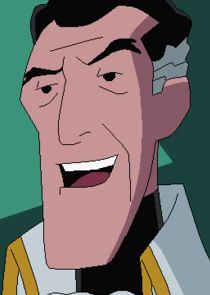