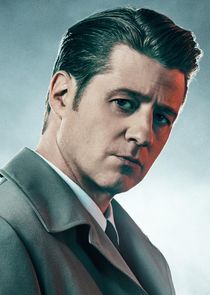 At the age of 13 James Gordon lost his dad, a well known district attorney with connections to the Mob, in a terrible car accident. Growing up in the suburbs of Gotham he adored the city, always thinking it is an adventurous, glamorous metropolis.

Later James became a war hero and joined the GCPD after the war ended. He became the partner of Harvey Bullock, who thinks that James is way too heroic and that this will get them into huge danger.