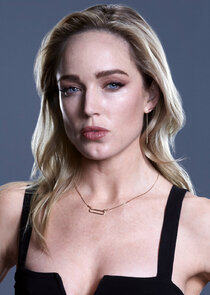 The White Canary or Sara Lance (b. 1987)is a powerful martial artist and former member of the League of Assassins, a vigilante and a member of Team Arrow. She is also the daughter of Quentin and Dinah Lance, the younger sister of Laurel Lance, and the ex-girlfriend/close friend of Oliver Queen, Initially known as the vigilante the "Canary" in Arrow, she died at the hands of the manipulated Speedy Thea Queen(mind controlled by her father Malcolm Merlyn) only to be resurrected later by her sister The Black Canary aka Laurel Lance in the Lazarus Pit.

she was recruited by Rip Hunter to join his team of heroes to fight villains across time.and eventually defeat Vandal Savage.